The Tour – the Musical tells a special story about perseverance, suffering and the strong bond between friends. Five childhood friends agree: “When we grow up, we will ride the Elfstedentocht together”. In the fall of 2023, the time has come. Only it turns out that there is more at stake than getting the cross, one of the friends turns out to be carrying a secret.

In a spectacular musical theater experience you will be taken into the impressive story of five former skating friends who have lost touch with each other over the years due to quarrels and jealousy. But in their younger years they made a promise to each other: if De Tocht ever comes again, we'll ride it out together. Promise is guilt, especially since one of the friends is carrying a secret, which means that there is much more at stake than just getting the cross.

Is the bond of the past strong enough? Or are the cracks too deep and are they losing more on the Bonkevaart than they could have imagined beforehand? The Tour tells a story of suffering, passion, fraternization and making choices. The Elfstedentocht as a metaphor for life. Falling and getting up, together and alone. With impressive music, catchy song lyrics and the chillingly beautiful decor of the Frisian eleven cities.

The musical takes place in a specially built theater in Leeuwarden. With the latest theater techniques, meteorological special effects and an immense 360° ice floor, the Eleven Cities magic is tangible.

The Elfstedentocht is characterized by extreme extremes. From the heat and the party in the Frisian cities to the cold and loneliness on the kilometers of ice in between. Composers Sytse Broersma and Ad van Dijk capture this feeling perfectly in rock-oriented compositions and give De Tocht its special sound, from start to finish.

The main goal of De Tocht is to let the magic of the Elfstedentocht live on in the memories of future generations. Because the Elfstedentocht is more than a rare competition on skates. It is part of our Dutch identity. It makes a small part of who we are and in which we are connected. That has to be experienced, and remembered.
to live!

More information about ticket sales and the musical De Tocht

Spend the night near the theatre. During this special event, there are within walking distance comfortable hotel ships so that you can expand your theater visit with an overnight stay and a visit to beautiful Leeuwarden.

These ships have been used at festivals for years, such as Oerol and Eurosonic Noorderslag, and are perfect for temporary hotel accommodation on location. The overnight stays include bed linen and breakfast. 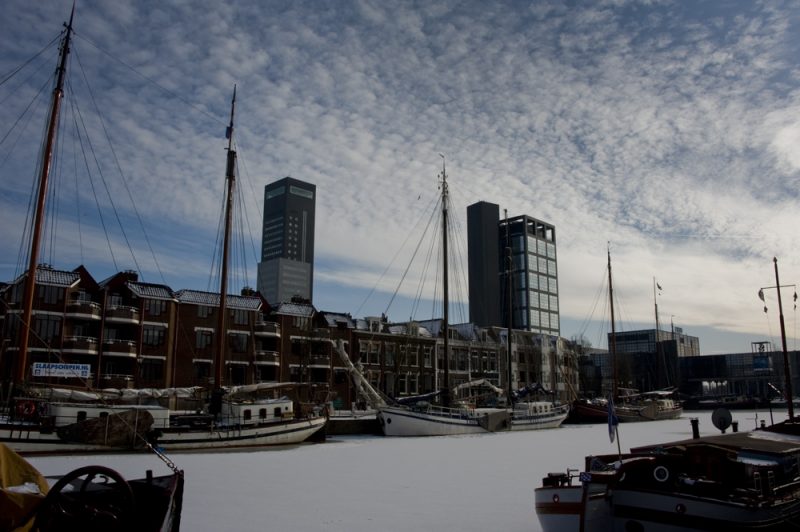 View all our options during De Tocht - de Musical