Hotel Sneek Water sports and tourism have developed broadly in Sneek. This is due to the location of the city in a wetland area and the presence of an admirable historic center.

Sneek several major events. The biggest and most famous is of course the Sneekweek, early August. Sneek Week is the largest sailing event in inland Europe. This takes place on the Sneekermeer and we also host two games of the SKS Skutsjesilen, namely from Terherne and at the end of the annual competition from Sneek.

As part of the Frisian Eleven Cities, Sneek is the second city to be passed by the Elfstentocht. The 11 City Bike Tour also visits the city of course. Whoever comes to Sneek should try a piece of the local specialty Drabbelkoek and a glass of beerenburg from Widow Joustra. In Sneek, the population speaks its own dialect: Snekers.

Visit Sneek and sleeping on a Sleep Ship

It is an affordable way to spend the night during your visit to Sneek. You sleep on a ship with an attractive salon as the central focal point. A comfortable and made bed awaits you in your cabin. 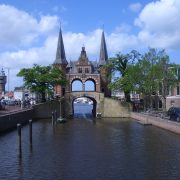 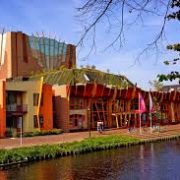 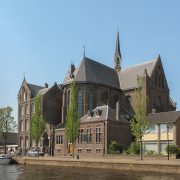 Sneek is known as a lively sports city, but the city's more! The city has many monuments and old town views. There are several museums and a cozy center with a variety of shops and is full of cafes, restaurants and terraces.

In addition to the annually recurring events, something very special is planned for 2018, namely the festival. The 13th edition of the European Youth Music Festival (EYMF) will take place from 8 to 11 May at various locations around the famous Waterpoort in Sneek and has therefore been given the beautiful name 'At the Watergate'. As part of Leeuwarden-Fryslân 2018, this festival will promote regional culture and Frisian identity.

Information about the festival At the Watergate

All hotel ships
in Sneek